SiTune Corporation is an innovator of multiple generations of state-of-the-art RF and Mixed signal System on a Chip for 5G wireless transceivers and broadcast receivers. SiTune is currently shipping multiple products including tuners for advanced multi-channel TVs and Mobile TVs. SiTune products are differentiated based on their unique architecture and design resulting in products with lower power consumption and superior performance. 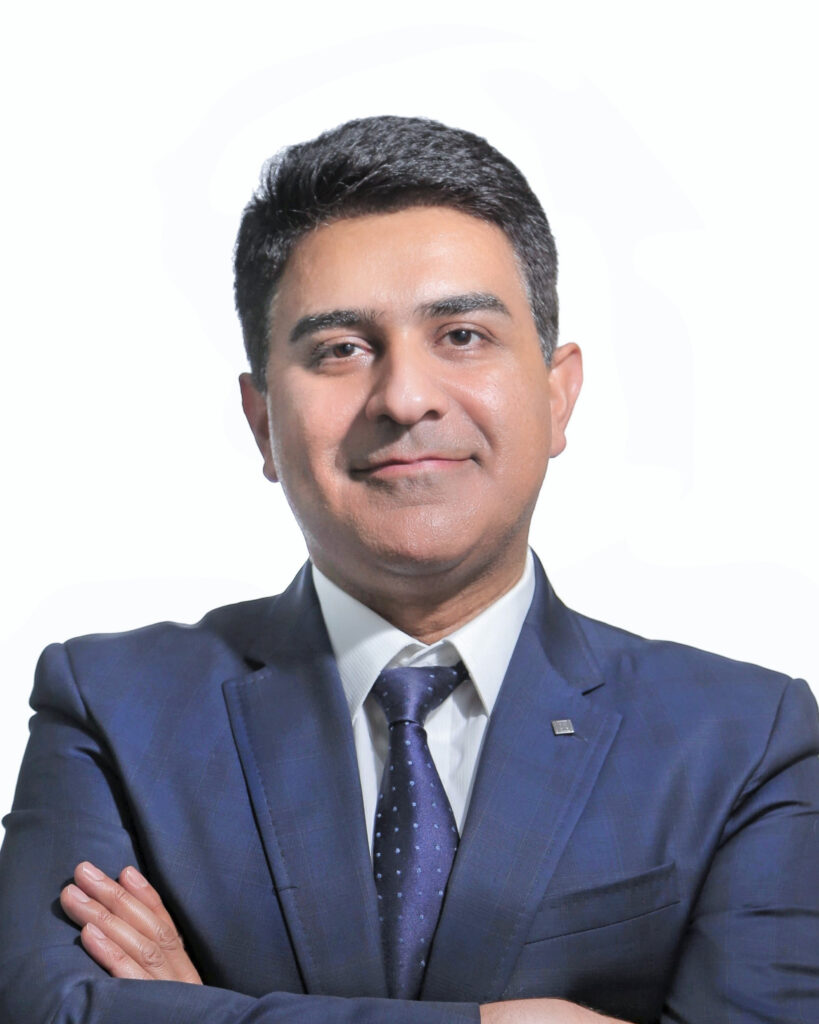 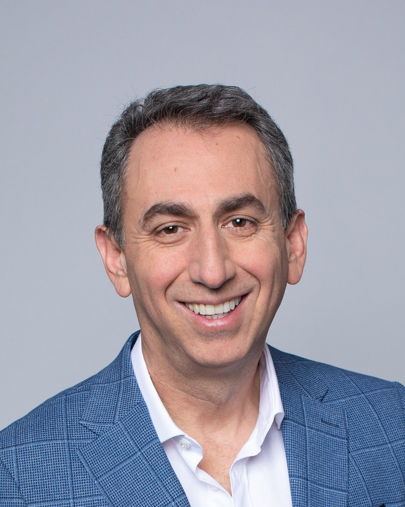 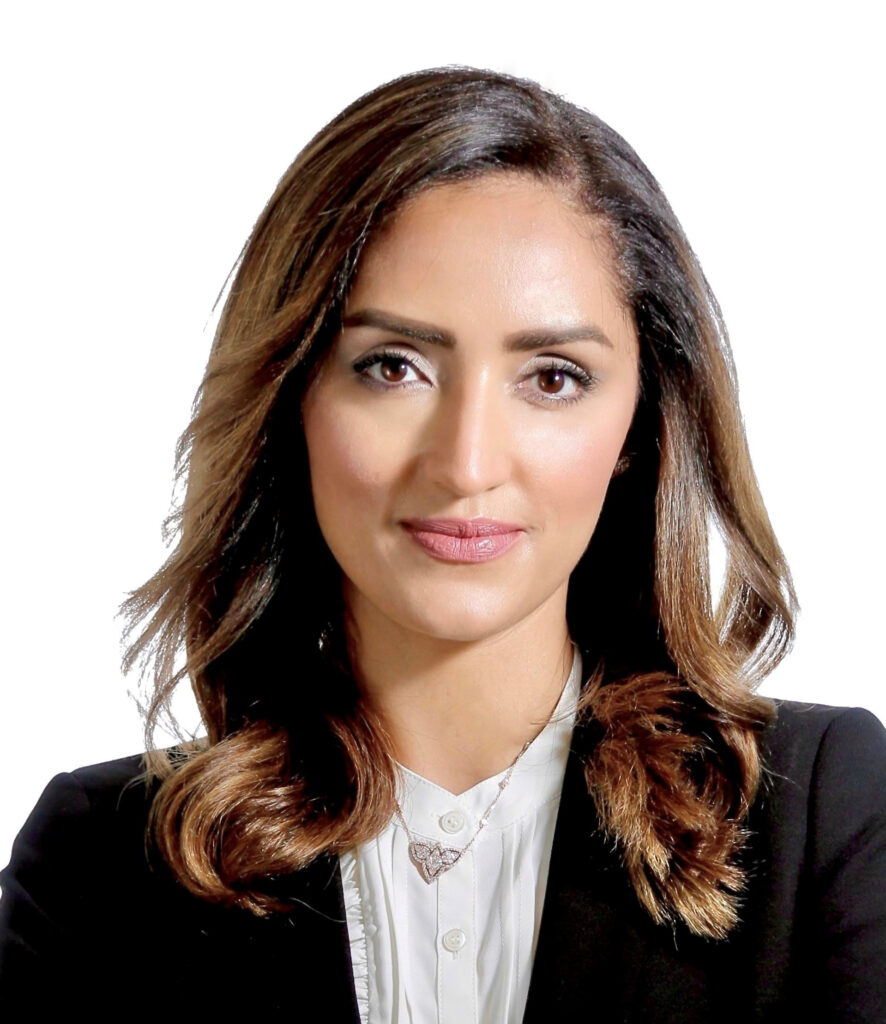 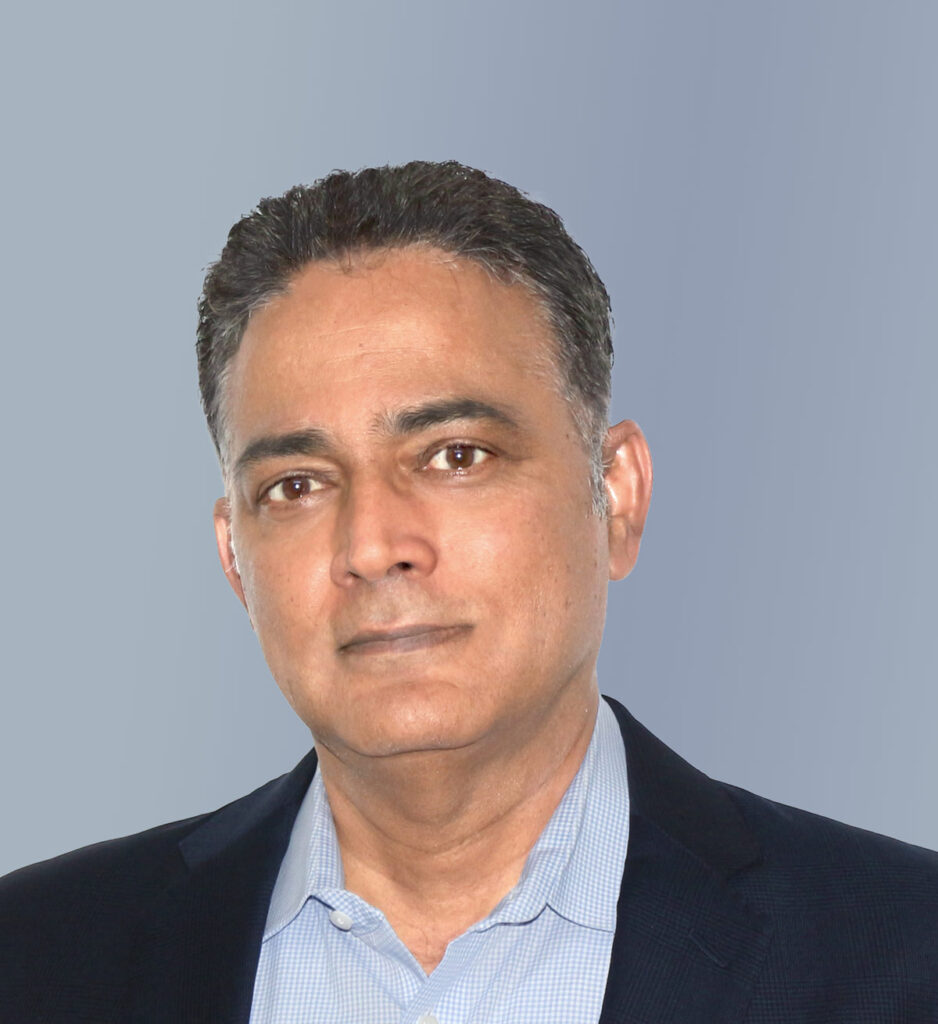 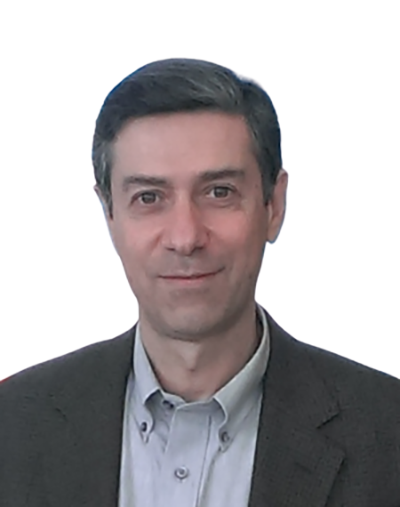 VP of Engineering Systems and Algorithms 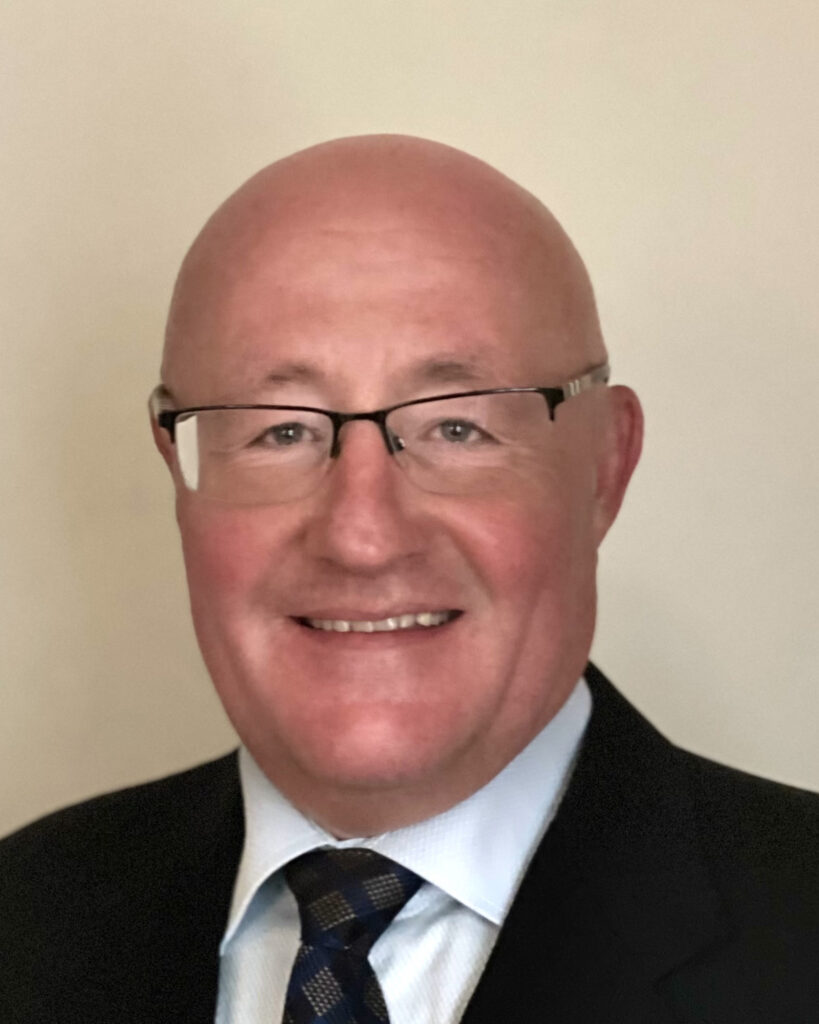 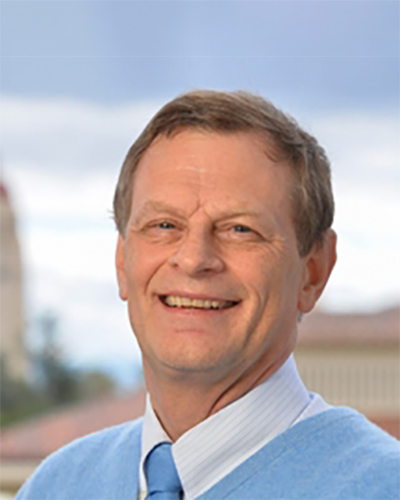 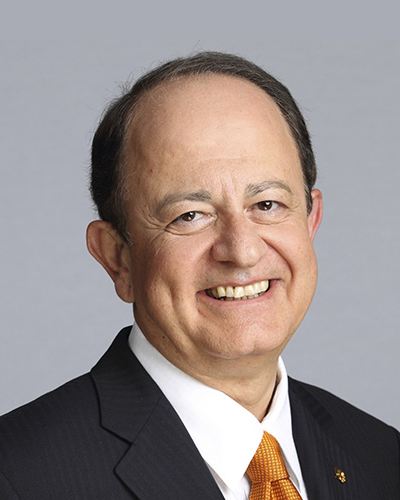 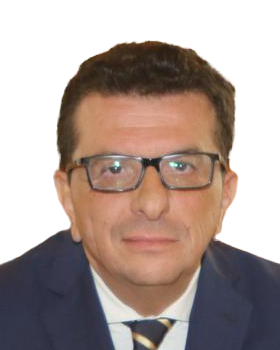 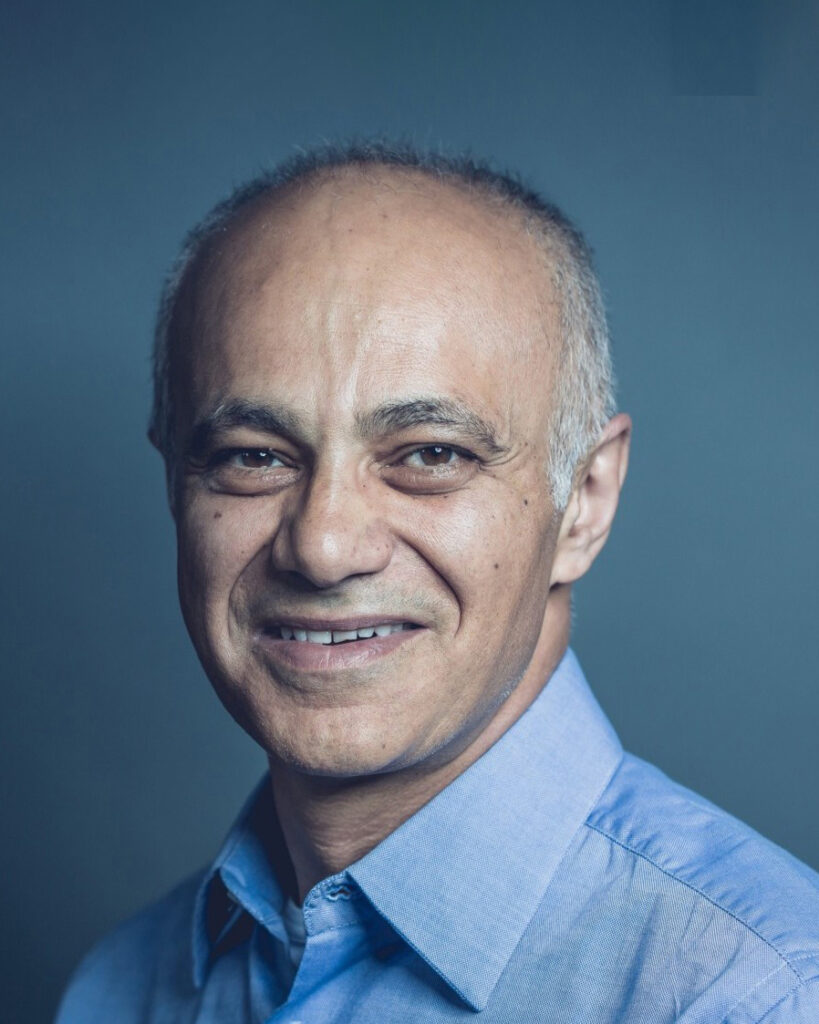 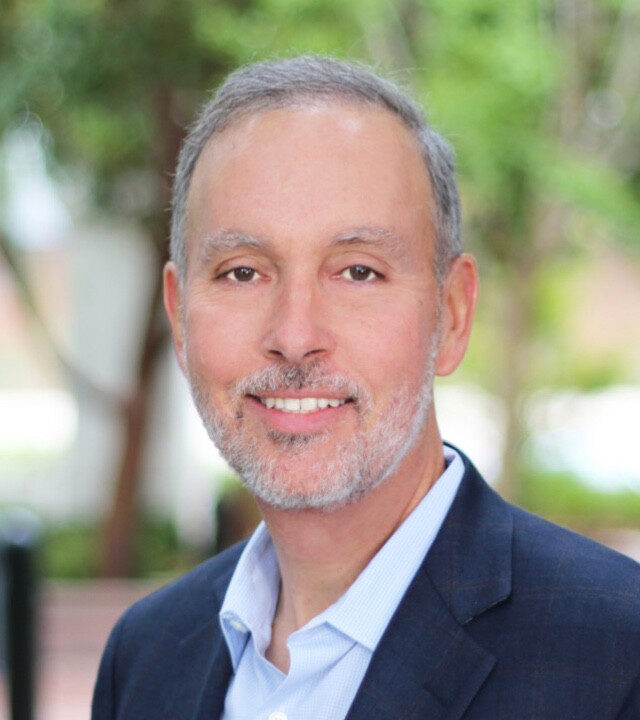 Vahid Toosi founded SiTune in 2008, and he has been working in the field of RF design and management for more than 21 years. His deep expertise and passion in semiconductor paved the way for SiTune to evolve into a well-established company bringing advanced full spectrum SoCs and multi-channel Tuners into reality. SiTune’s outstanding team of RF and system designers under the management of Vahid as SiTune’s CEO introduced multiple industry proven products into Cable, TV and set top box markets.

They have been focusing on novelty and creativity so much so that they have more 35 issued patents and many submitted and under review new patents in the key areas of circuits and systems. Vahid himself is the author or co-author of at least 30 patents and the designer of SiTune’s outstanding frequency Synthesizers . Vahid attended UCSC PHD program in the field of Electrical Engineering and has been growing SiTune with his visionary leadership since its inception.

Chairman of the Board

Dr. Sam Heidari is a seasoned executive and board member for both public and private companies, with decades of experience innovating novel technologies as well as building successful products and businesses.    Currently, he is the chairman of the board for SiTune and Aerial Technologies as well as an operating partner at Cota Capital and a board member at Greenwave Systems, Haila Technology and BigStream. Prior to that, he was the Chairman of the board and CEO of Quantenna Communications in which he drove the organization in developing the most advanced Wi-Fi

hardware and software solutions to date – thereby enabling networking applications previously not thought possible. Dr. Heidari led Quantenna’s growth from zero revenue to more than $200M, its successful IPO in 2016, and its subsequent acquisition in 2019.  Prior to Quantenna, he served as chief technology officer at Ikanos Communications. He joined Ikanos as one of the original team members and provided meaningful contributions to its IPO. Then, Dr. Heidari rejoined Ikanos in 2006 via the acquisition of Doradus Technologies, where he had served as president and CEO. Under his management, Doradus grew from founding to profitability within 18 months.

Dr. Heidari has served on the Global Semiconductor Alliance Board of Directors and on the advisory board for both Electrical Engineering and Computer Science Departments at the University of Southern California.  He is a senior member of IEEE and holds about 50 U.S. and international patents. Dr. Heidari was named the 2014 Executive of the Year by the Golden Bridge Awards and the 2017 Executive of the Year by UBM. He earned his M.S. and Ph.D. degrees from University of Southern California, and a B.S. degree from Northeastern University, all in Electrical Engineering.

Marzieh has been actively involved in the development of science and technology in the field of Wireless communication for the past 18 years. She has authored and co-authored numerous papers and patents with novel fundamental ideas to improve the performance of wireless networks by designing new protocols in the medium access layers as well as new hardware implementation techniques that support and help the higher layer distribution algorithms to attain lower latency and higher reliability. This includes her PhD Thesis, papers and patents while working as a scientist and CTO as well as CPO at SiTune corporation. She has acted as Journal reviewer, Book co-author and Teaching assistant during her graduate studies and Co-founded SiTune in 2007 during her PhD years.

Marzieh has helped in developing SiTune’s successful commercialized products in terms of architecture design, research and product development. She has directly managed the R&D team and handled patents composition and submission as well as managing projects and partnerships while working on the innovation aspects of the company’s products. She is the chief architect for SiTune’s advanced products such as 5G Transceivers, DPD design for Power Amplifiers, and Full Duplex Design for DOCSIS 3.1 RF Front End. Her PhD work was based on implementation of novel communication protocols for wireless network and cross-layer design for attaining concurrency in wireless spectrum allocation. She worked at Hitachi America in 2011 for a year on protocol development for lowering power consumption in WiFi based monitoring systems. Her work across wireless communication layers from complex physical layer optimization algorithms to meticulous MAC layer protocol resulted in many publications and more than 20 patents.

Prior to joining SiTune, he was head of business development at PeerNova. Previously, he held executive positions at Zenverge, Marvell Semiconductor, GlobeSpan Virata/Conexant Systems, TerLogic and LSI Logic.

Didier Margairaz has nearly 30 years of experience in the Radio Frequency field and 21 years of experience at managing highly skilled engineering teams, from RF application engineers to RFIC design engineers. He is involved in every step of the IC product life cycle, from the architecture design down to the block level specifications and up to the production and the release to customers. His experience extends to large companies like STMicroelectronics, as well as mid-size companies and startups.

Didier was a co-founder and VP of engineering at Xceive Corporation, a startup delivering the first fully integrated TV Tuner that sold in the PC TV market and later in the High‑End TV markets. He joined Quantenna Communications where he managed the production of several generations of state-of-the-art AP chips for high-order Mi-Mo Wi-Fi Systems. At Quantenna, now ON semiconductor, his expertise as a senior leader was instrumental in building and securing global teams of RFIC Design Engineers. His passion for innovation and perfection allowed his teams to grow as World-Class design teams.

Didier is author or co-author of many patents on circuits and systems. He holds a master’s degree in electrical engineering from the Swiss Federal Institute of Technology Lausanneis

C. L. Max Nikias became the University of Southern California’s eleventh president in August 2010. He is the holder of the Robert C. Packard President’s Chair and the Malcolm R. Currie Chair in Technology and the Humanities, and also chairs the USC Hospitals Governing Board. He has been at USC since 1991, as a professor, director of national research centers, dean, provost, and now president. He holds faculty appointments in both electrical engineering and the classics. In addition, he leads special

freshman seminars each fall on ancient Athenian democracy and drama. He is a member of the National Academy of Engineering and a fellow of the Institute of Electrical and Electronics Engineers (IEEE) and the American Association for the Advancement of Science (AAAS). Among numerous other honors, he has received the IEEE Simon Ramo Medal and the University at Buffalo’s Clifford C. Furnas Memorial Award. Dr. Nikias is recognized internationally for his pioneering research on digital signal processing, digital media systems, and biomedicine. The Department of Defense has adopted a number of his innovations and patents in sonar, radar, and communication systems. The author of more than 275 journal articles and conference papers, three textbooks, eight patents, he has mentored more than 30 Ph.D. and postdoctoral scholars. Three of his publications received prestigious best papers awards. As president, Dr. Nikias has articulated a vision for USC to attain undisputed, elite status as a global research university. His initiatives include recruiting a cadre of transformative, world-class faculty; elevating USC’s academic medical enterprise; expanding USC’s international presence; further improving the breadth and quality of USC’s world-class student body; and embarking on the largest fundraising campaign in the history of higher education. The Chronicle of Higher Education has called Dr. Nikias a prodigious fundraiser. His first year as president was highlighted by seven transformative gifts to USC, including a $200 million gift from Dana and David Dornsife to name USC’s College of Letters, Arts and Sciences, the single largest donation in the university’s history; a $150 million gift from the W. M. Keck Foundation for medicine; and a $110 million gift from Julie and John Mork to support student scholarships. This allowed USC to raise an unprecedented total of $1 billion in Dr. Nikias’ first year. He also brought the nation’s largest literary festival, the Los Angeles Times Festival of Books, to USC. In addition, the university broke ground on a major new student health center, a state-of-the-art athletics complex and other new facilities. In recognition of his efforts to renew USC’s athletics heritage, the New York Times selected Dr. Nikias as one of a small number of national figures ‘who make sports’ little corner of the world a better place. Dr. Nikias received a diploma from the National Technical University of Athens, also known as National Metsovion Polytechnic, the oldest and most prestigious higher education institution of Greece, and later earned his M.S. and Ph.D. from the State University of New York at Buffalo. He holds honorary doctorates from Hebrew Union College and the University of Cyprus. His wife, Niki C. Nikias, received a bachelor’s degree in accounting from the Athens University of Economics and Business in Greece and a master’s degree in business administration with a specialization in finance from the State University of New York at Buffalo. They have two daughters, both of whom are graduates of USC.

Francesco Svelto is Professor of Electronics at University degli Studi di Pavia. He has a long experience in the area of RF circuits and systems in CMOS. He has been technical advisor of RFDomus Inc., a start-up he co-founded in 2002 dedicated to highly integrated GPS receivers. After merging with Glonav Inc. (Ireland), RFDomus has been acquired by NXP Semiconductors in 2007. Presently he is the Director of a Scientific Laboratory, joint between University di Pavia and STMicrolectronics,

A globally recognized industry leader, Dr. Hossein Moiin has been instrumental in shaping the mobile industry for the past two decades and is credited with specification of LTE. Currently, he is working on further definition of 5G and its applications while advising technology companies and investment firms on how they can prepare for and thrive in the 5G era. In addition, Dr Moiin is the founder and CEO of edgelab.ai, a company focused on characterization and certification of 5G components and applications as well as an operating partner in Cota Capital, a leading investment firm in San Francisco.

Prior to his current roles, Hossein held leadership positions in Nokia including chief technology and strategy officer. Before Nokia, Hossein held leadership positions in large organizations across the globe, such as BT in London, T-Mobile in Germany and Sun Microsystems in California. Finally, Hossein has been involved with several startups in Silicon Valley and Europe and has helped them to successful exits. Hossein has an in-depth understanding of Technology and its business context and is a published author and patented scientist. Hossein obtained his B.S, M.S and PhD degrees from University of California and resides in San Francisco now after lengthy spells in Europe and Asia.­­­

Mr. Hinman currently serves as the CEO of Levitate Acquisition Corporation, a special purpose acquisition corporation he cofounded in February 2021. Throughout his 37-year career. He has been a prolific entrepreneur, executive, venture capitalist, engineer and inventor.

Mr. Hinman currently operates Clover Aviation and HiveSpot, as intellectual property holding businesses with a focus on advanced aerial mobility and electric aircraft charging solutions, respectively. Mr. Hinman earned his BSEE from the University of Maryland with a SMEE from MIT.